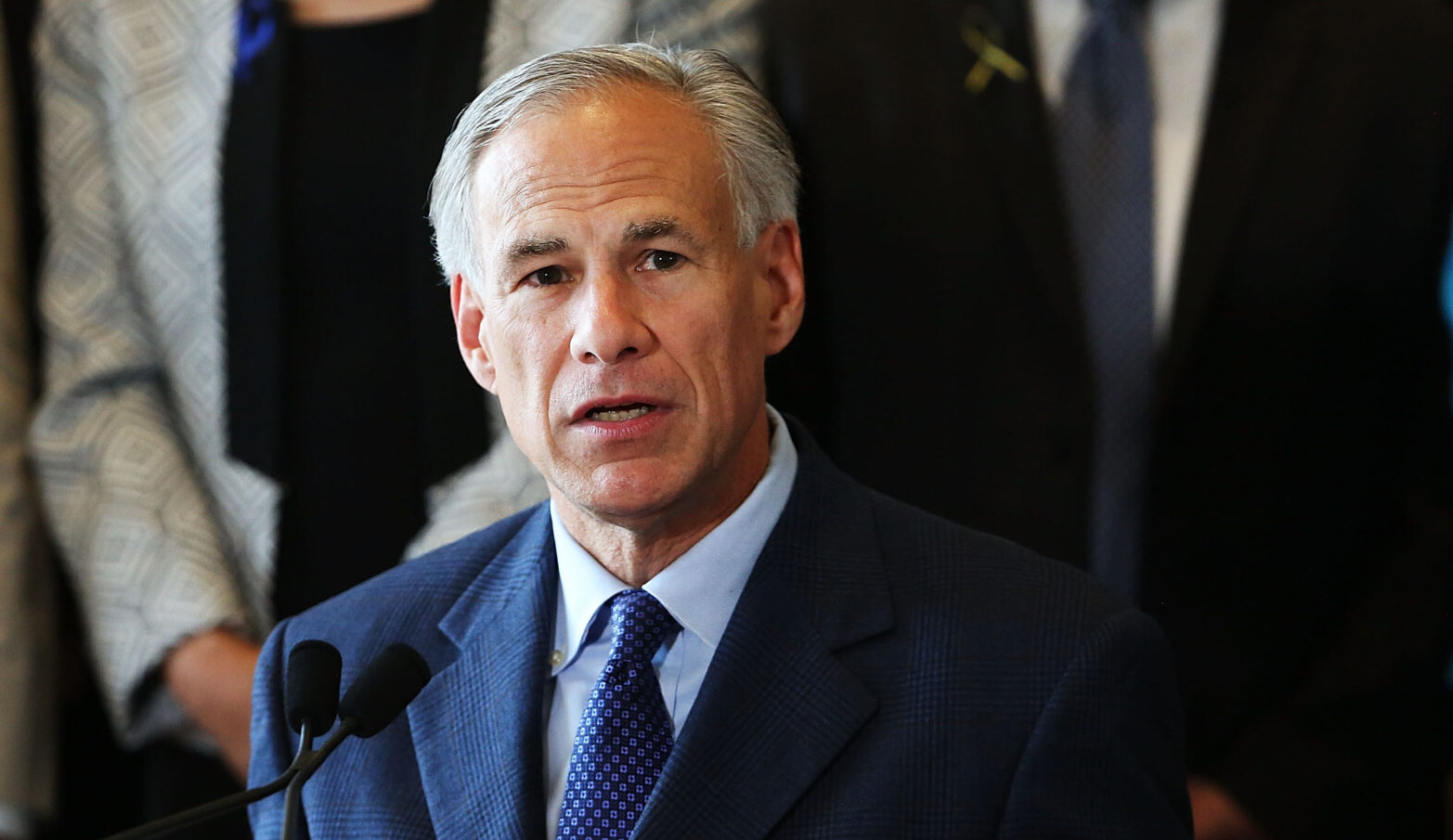 Abbott, who is fully vaccinated, is not experiencing any symptoms and is isolating at the Governor’s Mansion, spokesperson Mark Miner said in a statement. He is getting Regeneron’s monoclonal antibody treatment.

Public health officials have noted that while breakthrough cases like Abbott’s are occurring, vaccines are still proven to be effective at reducing the severity of the virus.

“The Governor has been testing daily, and today was the first positive test result,” Miner said. “Governor Abbott is in constant communication with his staff, agency heads, and government officials to ensure that state government continues to operate smoothly and efficiently.”

Miner added that “everyone that the Governor has been in close contact with today” has been informed of his positive test. The first lady, Cecilia Abbott, tested negative.

Abbott addressed the diagnosis in a video posted to his Twitter account about two and a half hours after his office’s announcement. He reiterated he was not feeling any symptoms and suggested one reason for that may be the fact he is vaccinated. Abbott got his first shot late last year, and the vaccine is known to prevent serious cases.

Abbott’s positive test comes as the coronavirus pandemic is ripping through Texas again, with daily new cases and hospitalizations reaching levels not seen since the last wave in the winter. The governor has received national attention for his refusal to allow local governments and school districts to mandate masks or vaccines.

Abbott has kept up public appearances in recent days. He spoke Monday night at what he called a “standing room only event” in Collin County, later tweeting photos of him addressing a maskless crowd. His campaign tweeted video of him mingling with the crowd, taking photos.

“I don’t know the incubation period between being exposed to the virus, exhibiting symptoms, and being contagious, so I don’t know if people that attended are at risk for contracting the virus from the event,” Reid wrote in an email. “I expect that many will be tested and will self-quarantine.

Less than three hours before his diagnosis was announced Tuesday afternoon, Abbott tweeted pictures of a meeting with guitarist Jimmie Vaughan. The musician’s team said in a statement Tuesday evening that “Jimmie and family have tested negative and are doing fine.”

Abbott received a dose of the vaccine on camera late last year in Austin, hoping to set an example. Texans have lagged nationally in getting the vaccine. As of Sunday, 45.2% of Texans were fully vaccinated.

Pandemic indicators in Texas have been sharply rising. The state reported 5,343 new cases Monday and 11,791 hospitalizations Sunday. The seven-day average of the positivity rate — the ratio of cases to tests — was 17.8% on Sunday. That was a slight dip but still well above the 10% threshold that Abbott has identified as dangerous.

Republicans like House Speaker Dade Phelan said they were praying for Abbott’s recovery Tuesday afternoon. Lt. Gov. Dan Patrick said in a statement he has “been in touch with Gov. Abbott and I stand ready to assist him in any way possible.”

U.S. Rep. Michael McCaul, R-Austin, said in Washington Post Live interview that Abbott’s case “raises the question about getting the booster vaccine,” which the federal government is set to make a recommendation on Wednesday. NBC News reported Tuesday that Abbott “has told people he received a third booster dose of a vaccine,” though Abbott spokesperson Renae Eze told The Texas Tribune she is “not aware of any booster.”

Meanwhile, some Democrats wished Abbott well and alsoused his diagnosis to reinforce their criticism of his pandemic leadership. Among the Democrats responding was Julián Castro, the former presidential candidate, U.S. housing secretary and San Antonio mayor.

“Governor Abbott has put his own Republican primary politics before the public health since day one,” Castro tweeted, sharing the video of Abbott at the Collin County gathering. “I hope he recovers quickly. I also hope he will act more responsibly on behalf of Texas children and families.”

State Rep. Rafael Anchia, D-Dallas, said on Twitter that he was praying Abbott’s diagnosis “will cause him to rescind the order stopping schools from requiring masks.” The state has spent recent days battling school districts in court over their decisions to require masks in defiance of Abbott’s order prohibiting them from doing so.

In addition to his travel outside Austin, Abbott has been a presence at the Capitol, where a second special session is underway to pass the governor’s agenda, including his priority elections bill. However, legislating mostly remains at a standstill due to the continued Democratic quorum break in the House over the elections legislation.

Abbott was scheduled to be in Houston on Wednesday to speak to the Houston Region Business Coalition. The group said Tuesday evening that the event is postponed.

The antibody treatment that Abbott is receiving — a cocktail made by Regeneron Pharmaceuticals — is one that Abbott has increasingly promoted. Hoping to prevent hospitalizations and reserve hospital capacity for the most serious cases, Texas recently opened nine antibody infusion centers throughout the state that use the Regeneron antibodies.

It was not exactly clear why Abbott was receiving the Regeneron treatment if he was not experiencing symptoms. The Regeneron antibodies are recommended to treat “mild to moderate COVID-19” in people 12 years and older who have tested positive and “are at high risk for progressing to severe COVID-19.”

The governor’s spokesperson, Eze, said it is “recommended that you begin Regeneron within 10 days of testing positive and before you start experiencing symptoms.” The U.S. Food and Drug Administration provides somewhat different guidance, saying the treatment should be “administered as soon as possible after a positive viral test for COVID-19 and within 10 days of symptom onset.”