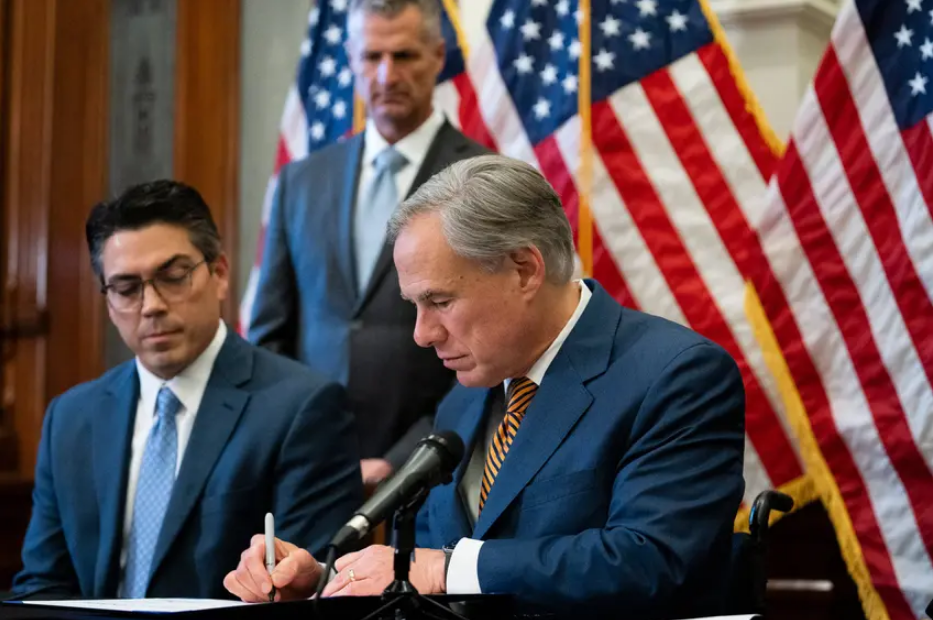 Gov. Greg Abbott signed into law Tuesday two bills meant to improve the state’s main power grid and change the governance of the agency that operates it.

Calls for sweeping changes to Texas’ power infrastructure have amplified since February, when a catastrophic winter storm left more than 4.8 million homes and businesses without power for days. The state reports that 151 people died, though a BuzzFeed News analysis found the number of fatalities may be 700.

The legislation written and finalized over the session addresses key areas of improvement, such as “weatherization” of power generators to prepare them for extreme weather, while neglecting other initiatives called for by experts, such as providing direct aid to consumers impacted by the storm.

“Everything that needed to be done was done to fix the power grid in Texas,” Abbott said at a press conference Tuesday.

Senate Bill 3 requires upgrades for power generators and transmission lines to make them better withstand extreme weather. According to Abbott, the Texas Railroad Commission and the Electric Reliability Council of Texas will conduct inspections of the facilities, and failure to weatherize may result in penalties of up to $1 million.

The bill is more lenient toward natural gas fuel companies, which supply power plants. They will only be required to weatherize if deemed “critical” by regulators. It also leaves out any requirements to improve consumer infrastructure such as homes and pipes, which experts have called a significant oversight.

The state likely won’t require companies to weatherize until 2022 at the earliest, and plans to help them pay for the upgrades were struck from the legislation during negotiations between members of the Senate and House.

A proposal was removed in negotiations that would have helped fund backup power generation and infrastructure improvements for critical facilities like hospitals, nursing homes and dialysis centers. The bill does direct electricity providers to inform customers about how to register as “critical,” which is intended to ensure power is not cut to households that require electricity for live-saving medical devices.

The bill also includes a requirement to study and implement an emergency alert system, similar to Amber Alerts, to warn Texans of weather emergencies and power outages.

Finally, the new legislation attempts to stabilize the state’s energy market by allowing $6.5 billion in ratepayer-backed bonds for natural gas utilities and electric cooperatives, meaning that those companies can seek state-approved bonds, backed by the state’s assurance that there will be an extra charge on customers’ utility bills to pay back the bonds.

This plan to cover the companies’ financial losses will raise charges on most Texans’ power bills for years to come — likely by at least a few dollars each month for the next two decades. In addition, the bill includes no measure of direct relief to consumers, some of whom have been left with huge electricity bills in the aftermath of the winter storm.

When asked about the lack of direct financial assistance to consumers Tuesday, state Sen. Kelly Hancock said that 98% of energy consumers were on a fixed-rate plan during the storm and didn’t have to pay an increased bill.

Senate Bill 2 changes the governance of ERCOT, the state’s main grid operator. It shrinks the number of seats on ERCOT’s board of directors from 16 to 11, and the state’s top politicians would have strong influence over the board. A selection committee would appoint eight of the 11 board members. The selection committee would be made up of three people — one appointed by the governor, one by the lieutenant governor and one by the speaker of the House. The committee would use an “outside consulting firm” to select the eight members.

Nine of the 11 ERCOT board seats under SB 2 would be voting members, handing politicians significant power over the ERCOT board. Already, the governor appoints the board members of the Public Utility Commission, which oversees ERCOT.

“We found in our conversations, in our hearings, that there began to be some conflicts of interest,” Hancock said. “So we blew it up. It’s a completely independent board now who’s 100% focused, whose entire goal is making sure that ERCOT stays strong, reliable, stable and affordable.”

This article was originally posted on Texas power generation companies will have to better prepare for extreme weather under bills Gov. Greg Abbott signed into law