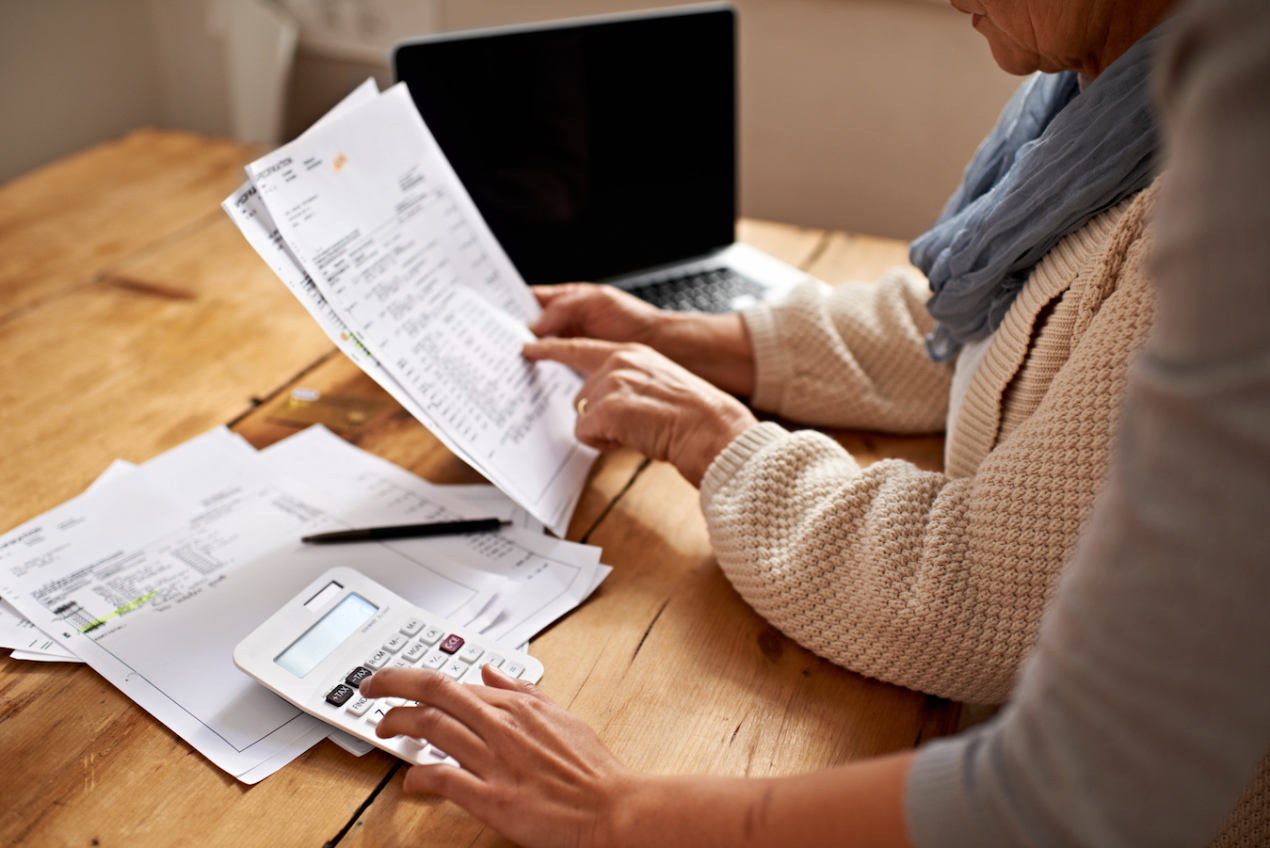 After Maria Turner’s minivan was totaled in an accident a dozen years ago, she grew impatient waiting for the insurance company to process the claim. One night, she saw a red pickup truck on eBay for $20,000. She thought it was just what she needed. She clicked “buy it now” and went to bed. The next morning, she got an email about arranging delivery. Only then did she remember what she’d done.

Making such a big purchase with no forethought and then forgetting about it was completely out of character for Turner, then a critical care nurse in Greenville, South Carolina. Although she was able to back out of the deal without financial consequences, the experience scared her.

“I made a joke out of it, but it really disturbed me,” Turner said.

It didn’t stop her, though. She shopped impulsively online with her credit card, buying dozens of pairs of shoes, hospital scrubs and garden gnomes. When boxes arrived, she didn’t remember ordering them.

Six years passed before Turner, now 53, got a medical explanation for her spending binges, headaches and memory lapses: Doctors told her that imaging of her brain showed all the hallmarks of chronic traumatic encephalopathy.CTE is a degenerative brain disease that in Turner’s case may be linked to the many concussions she suffered as a competitive horseback rider in her youth. Her doctors now also see evidence of Alzheimer’s disease and frontotemporal dementia, which affects the frontal and temporal lobes of the brain. These may have roots in her CTE.

Turner’s money troubles aren’t unusual among people who are beginning to experience cognitive declines. Long before they receive a dementia diagnosis, many people start losing their ability to manage their finances and make sound decisions as their memory, organizational skills and self-control falter, studies show. As people fall behind on their bills or make unwise purchases and investments, their bank balances and credit rating may take a hit.

Mental health experts say the covid pandemic may have masked such early lapses during the past year. Many older people have remained isolated from loved ones who might be the first to notice unpaid bills or unopened bank notices.

“That financial decision-making safety net may have been weakened,” said Carole Roan Gresenz, interim dean at Georgetown University’s School of Nursing and Health Studies, who co-authored a study examining the effect of early-stage Alzheimer’s disease on household finances. “We haven’t been able to visit, and while technology can provide some help, it’s not the same … as sitting next to people and reviewing their checking account with them.”

Even during times that aren’t complicated by a global health crisis, families may miss the signs that someone is struggling with finances, experts say.

“It’s not uncommon at all for us to hear that one of the first signs that families become aware of is around a person’s financial dealings,” said Beth Kallmyer, vice president for care and support at the Alzheimer’s Association.

Early in the disease, Kallmyer said, dementia robs people of the abilities they need to manage money: “executive functioning” skills like planning and problem-solving, as well as judgment, memory and the ability to understand context.

People who live alone may be the most likely to slip through the cracks, their lapses unnoticed, Kallmyer said. And many adult children may be reluctant to discuss personal finances with their parents, who often guard their independence.

About 6 million Americans are living with Alzheimer’s disease, the most common cause of dementia. Dementia is an umbrella term for a range of conditions associated with declines in mental abilities that are severe enough to interfere with daily life. There is no cure. Alzheimer’s, which killed more than 133,000 Americans in 2020, is the seventh-leading cause of death in the U.S.

Many people have mild symptoms for years before they are diagnosed. During this stage, before obvious impairment, they may make substantial errors managing their finances.

In Gresenz’s study, researchers linked data from Medicare claims between 1992 and 2014 with results from the federally funded Health and Retirement Study, which regularly surveys older adults about their finances, among other things. Her study, published in the journal Health Economics in 2019, found that during early-stage Alzheimer’s, people were up to 27% more likely than cognitively healthy people to experience a large decline in their liquid assets, such as savings and checking accounts, stocks and bonds.

Another study, published in JAMA Internal Medicinein November,linked Medicare claims data to the Federal Reserve Bank of New York/Equifax Consumer Credit Panel to track people’s credit card payments and credit scores. The study found that people with Alzheimer’s and related dementias were more likely to miss bill payments up to six years before they were diagnosed than were people who were never diagnosed. The researchers also noted that the people later diagnosed with dementia started to show subprime credit scores 2.5 years before the others.

“We went into the study thinking we might be able to see these financial indicators,” said Lauren Hersch Nicholas, an associate professor of public health at the University of Colorado, who co-authored the study. “But we were sort of surprised and dismayed to find that you really could. That means it’s sufficiently common because we’re picking it up in a sample of 80,000 people.”

For decades, Pam McElreath kept the books for the insurance agency that she and her husband, Jimmy, owned in Aberdeen, North Carolina. In the early 2000s, she started having trouble with routine tasks. She assigned the wrong billing codes to expenditures, filled in checks with the wrong year, forgot to pay the premium on her husband’s life insurance policy.

Everyone makes mistakes, right? It’s just part of aging, her friends would say.

“But it’s not like my friend that made that one mistake, one time,” saidMcElreath, 67. “Every month I was having to correct more mistakes. And I knew something was wrong.”

She was diagnosed with mild cognitive impairment in 2011, at age 56, and with early-onset Alzheimer’s two years later. In 2017, doctors changed her diagnosis to frontotemporal dementia.

Receiving a devastating diagnosis is hard enough, but learning to cope with it is also hard. Eventually both McElreath and Maria Turner put mechanisms in place to keep their finances on an even keel.

Turner, who has two adult children, lives alone. After her diagnosis, she hired a financial manager, and together they set up a system that provides Turner with a set amount of spending money every month and doesn’t allow her to make large withdrawals on impulse. She ditched her credit cards and removed eBay and Amazon from her phone.

Though not a micromanager, Turner’s financial adviser keeps an eye on her spending and questions her when something seems off.

“Did you realize you spent X?” she’ll ask, Turner said.

In 2017, Pam and Jimmy McElreath sold their insurance agency to spend more time together and moved west to Sugar Grove, in the Blue Ridge Mountains. They worked with a therapist to figure out how to ensure Pam is able to continue to do as much as possible.

These days, Pam still signs their personal checks, but now Jimmy looks them over before sending them out. The system is working so far.

“At first I was mad, and I went through this dark time,” Pam said, adding: “But the more that you come to accept your problem, the easier it is to say, ‘I need help.’”

Jimmy’s gentle approach helped. “He was so good about telling me when I did something wrong but doing it in such a kind way, not blaming me for making mistakes. We’ve been able to work it out.”