Please ensure Javascript is enabled for purposes of website accessibility When will Texans get their power back? Officials don't know. - Mid Year Media Review
Skip to content 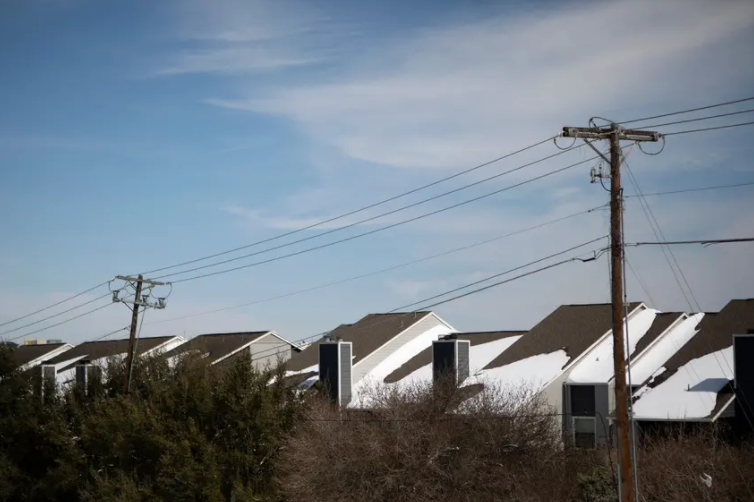 Officials with the state’s energy grid operator said Tuesday it is still struggling with balancing supply and demand to the Texas power grid — and could not project when long-lasting outages would end as a winter storm caused millions of residents to lose power.

“The biggest variable that makes it difficult to give you a certain answer … we’re relying on ability to get that supply and demand in balance,” Bill Magness, president and CEO of Electric Reliability Council of Texas, told reporters during an online news conference Tuesday afternoon. ERCOT is a nonprofit that manages the grid used by roughly 90% of the state.

Magness said that while ERCOT was working to restore power to residents — many of whom had been without it for multiple hours or longer as temperatures remained well below freezing — it was also aiming to avoid a complete shutdown of the grid, which he said “could last for an indeterminate amount of time.”

“Over the next couple of days,” he said, “I think we see really good signs of progress even though we have much work to do.”

Dan Woodfin, ERCOT’s senior director of system operations, said ERCOT started planning for the massive storm on Feb. 8 after meteorologists recognized that the weather would be severe and began working with generators.

“I don’t think there was any underestimation of the seriousness of this storm,” Magness said, adding that there were “many steps taken” by both ERCOT and the rest of the state to prepare beforehand.

“Sunday night, we saw a major change in what was available to us in terms of the demand,” he said, “and I think that’s where the issue began and what we’ve been challenged by the past couple of days.”

Earlier Tuesday, Gov. Greg Abbott declared “ERCOT reform” an emergency item for the 2021 legislative session, saying that it “has been anything but reliable over the past 48 hours.” Abbott making the issue a top priority means the Legislature can approve bills related to the subject during the first 60 days of the session, which began Jan. 12. Hearings in both the House and Senate are already scheduled on the issue in the coming weeks, according to leaders in the two chambers.

Asked what ERCOT may need from the state to ensure similar outages do not happen in the future, Magness said he did not think anything was needed yet — but knew his organization would need to “explain things” to the Legislature and other state officials in the aftermath.

“We need to take the questions, take the issues up and explain what’s happened over these past few days,” he said. “We just need to, you know, answer and be accountable for what’s going on.”

Other local and state leaders Tuesday expressed frustrations over ERCOT’s handling of the power outages, with at least one state lawmaker calling on its board and CEO Magness to resign.

In Galveston, County Judge Mark Henry said Tuesday afternoon that his communications with ERCOT had been nearly nonexistent.

“We have heard virtually nothing from ERCOT. The transmission providers keep saying it’s ERCOT’s decision to cut power,” he said. “Sunday afternoon we were told that we’d have rolling blackouts: one hour off, three hours on. That’s fine, we can live with that [but] that’s not at all what happened. What happened was power went off and it has not come back on.”

Austin Energy General Manager Jackie Sargent called the situation critical and warned that a complete shutdown of the grid “would take not just days to restore power but weeks and even longer for some.” Sargent also warned that while essential services like hospitals and fire stations have power, the city may have to start pulling power from those facilities as well.

“Only as an absolute last resort,” she said. “I am hoping that that won’t happen, but I don’t want to create a false sense of security because there is the potential the entire grid will go down.”

This article was originally published on When will Texans get their power back? Officials don’t know.